The Science of Everyday Thinking - Episode 9

In the last episode, we talked about the supernatural, and cam up with more natural explanations about the reasons people believe these claims.

Shepard Siegel explains placebo meaning. A placebo is something from a drug-looking substance which includes very little active substance to pure water. The placebo effect is based on the patients reporting they’re better and that’s very different from physiological reactions. Placebo effect is mostly seen in two areas: pain relief and depression. Both of these have private symptoms that are only available to the patient.

There are cases in which after using a placebo for asthma, patients reported they felt better although the physiological reports did not approve that. The fact is that people make mistakes (in this case, false positive); even about their own health.

There is a very credible source: Cochrane Library. You can check usefulness of every type of treatment, and, better than that, there is a plain language summary for each treatment that summarizes whether the treatment is useful or not.

This episode proposes a great tool for evaluating everyday decisions. It is using a confusion matrix. 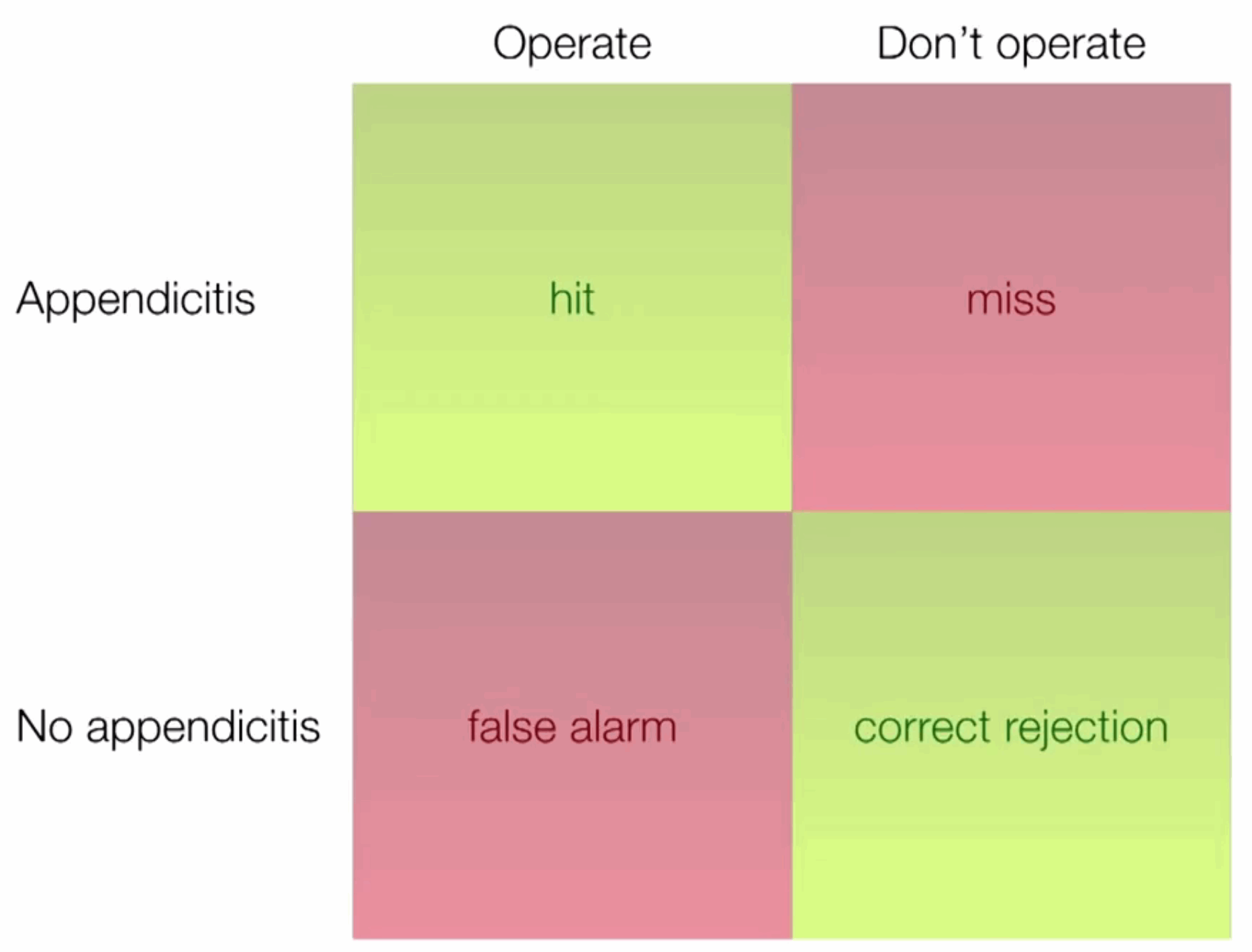 As you can see above, there are 4 possible outcomes. The worst possible event is the false alarm which may really lead to unfortunate outcomes. Therefore, it is safer to do the operation in this example in order to avoid severe events. 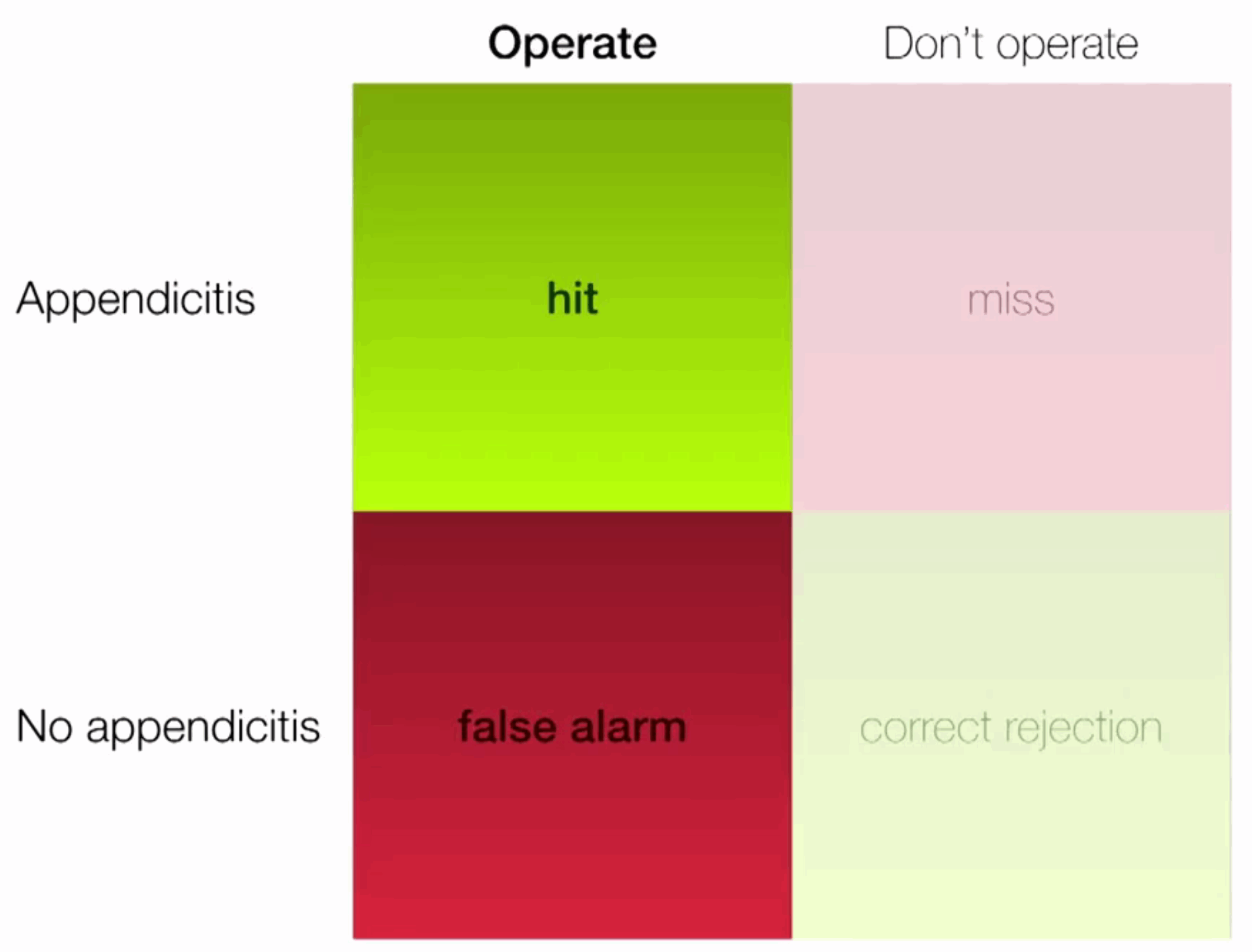 Nevertheless, if the diagnosis is accurate, the outcome will be a hit which is the most desirable outcome possible. Also, confusion matrix for the case of using or not using a placebo can be seen below: 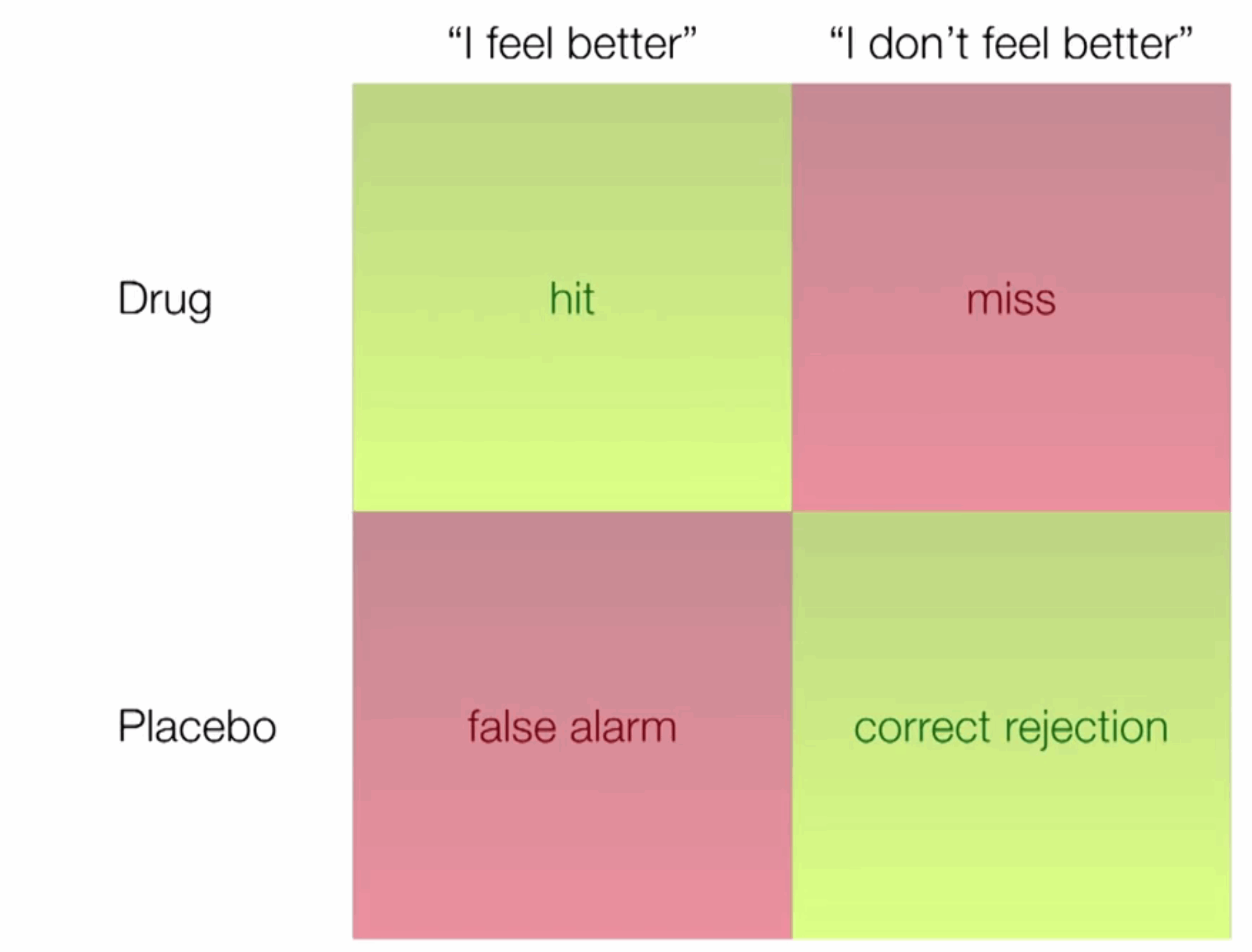 What the media promotes is just the hit cell and tells nothing about the other three.

Mother Nature is not Your Mother

There are some fallacies about health. Most of them are based on the idea of natural is better. If you think for a second, you see that snakes and Earth quakes are perfectly natural, but are not good for people. On the other hand, vaccinations and automobiles are artificial, but are very useful. It’s better to keep in mind that nature is not good, nature is not bad, nature is nature. Most of products are advertised as natural because it sells better.

Not Vaccinating a Child

Some parents has started not to vaccinate their children anymore. Ian Frazer explains the reasons.

1) Most of these parents believe that these diseases no more exist, so there is no risk. They fail to notice if their children travel somewhere else, there is actually risk.

2) Some parents say everybody else vaccinates so they can get the disease, and, as a result, I am safe. However, even if less than 1 percent of people get the disease, it’s enough to turn into an epidemy.

3) In these days, especially in developed countries, people do not see individuals die from some sorts of disease. So, they do not feel the essence of vaccinating their child.

4) The media has emphasized a lot on rare cases of people dying after a vaccination. Therefore, some parents decide not to bother vaccinating their child.

5) Some even do not believe in the infectious nature of the disease. They regard that as a punishment from God.

Availability heuristic plays an important role in believe in wrong health claims. Other factors include confirmation bias and one-sided effect.